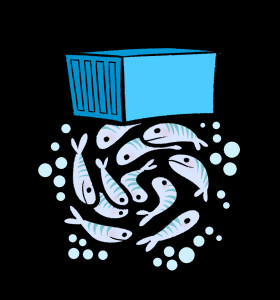 First Release Candidate of Docker 1.12 was announced over two weeks ago. Several new features are
planned for this release.

This blog will show how to create a Distributed Application Bundle from Docker Compose and deploy it as Docker Stack in Docker Swarm Mode. Many thanks to @friism for helping me understand these concepts.

Let’s look at the features first:

Learn more about DAB at docker.com/dab. For simplicity, here is an analogy that can be drawn:

Let’s use a Docker Compose file, create a DAB from it, and deploy it as a Docker Stack.

Its important to note that this is an experimental feature in 1.12-RC2.

This Compose file starts a WildFly and a Couchbase server. A Java EE application is pre-deployed in the WildFly server that connects to the Couchbase server and allows to perform CRUD operations using the REST API. The source for this file is at:
github.com/arun-gupta/oreilly-docker-book/blob/master/hello-javaee/docker-compose.yml. Generate an application bundle with it:

depends_on only creates dependency between two services and makes them start in a specific order. This only ensures that the Docker container is started but the application within the container may take longer to start. So this attribute only
partially solves the problem. container_name gives a specific name to the container. Relying upon a specific container name is tight coupling and does not allow to scale the container.  So both the warnings can be ignored,
for now. This command generates a file using the Compose project name, which is the directory name. So in our case, hellojavaee.dsb file is generated. This file extension has been renamed to .dab in RC3. The generated
application bundle looks like:

This file provides complete description of the services included in the application. I’m not entirely sure if Distributed Application Bundle is the most appropriate name, discuss this in #24250. It
would be great if other container formats, such as Rkt, or even VMs can be supported here. But for now, Docker is the only supported format.

As mentioned above, “desired state” is now maintained by Docker Swarm. And this is now baked into Docker Engine already. Docker Swarm concepts have evolved as well and can be read at Swarm mode key concepts. A
more detailed blog on this will be coming later. But for this blog, a new command docker swarm is now added:

Initialize a Swarm node (as a manager) in the Docker Engine:

More details about this node can be found using docker node inspect self command.

The detailed output is verbose but the relevant section is:

The output shows that the node is a manager. For a single-node cluster, this node will also act as a worker.

More details about the cluster can be obtained using the docker swarm inspect command.

AcceptancePolicy shows that other worker nodes can join this cluster, but a manager requires explicit approval.

The command usage can certainly be simplified as discussed in #24249. See the list of services:

The output shows that two services, WildFly and Couchbase, are running. Services is also a new concept introduced in Docker 1.12. There is what gives you the
“desired state” and Docker Engine works to give you that. docker ps shows the list of containers running:

Note, you’ve to give -f because the container is already running. Docker 1.12 self-healing mechanisms kick in and automatically restart the container. Now if you list the containers again:

This shows that a new container has been started. Inspect the WildFly service:

Swarm assigns a random port to the service, or this can be manually updated using docker service update command. In our case, port 8080 of the container is mapped to 30004 port on the host.

Check that the application is successfully deployed:

Add a new book to the application:

Learn more about this Java EE application at github.com/arun-gupta/oreilly-docker-book/tree/master/hello-javaee.

This blog showed how to create a Distributed Application Bundle from Docker Compose and deploy it as Docker Stack in Docker Swarm Mode.