See how Atlas, DynamoDB, and Capella compare in the DBaaS performance report

YCSB for Systems of Engagement

YCSB-JSON extends the YCSB framework from simple key-value workloads to JSON database capabilities, with operations representative of modern enterprise applications that require JOINs, GROUP BY, ORDER BY, aggregates, pagination capabilities, and much more.

In order to evaluate the performance of Couchbase against the competition, we collaborated with independent vendor Altoros to execute two of the modern YCSB workloads (leveraging pagination and joins). In both workloads Couchbase outperformed the competition by demonstrating much better performance at scale. For more details and to run these benchmarks in your own environment, you can download the benchmark scripts from GitHub. 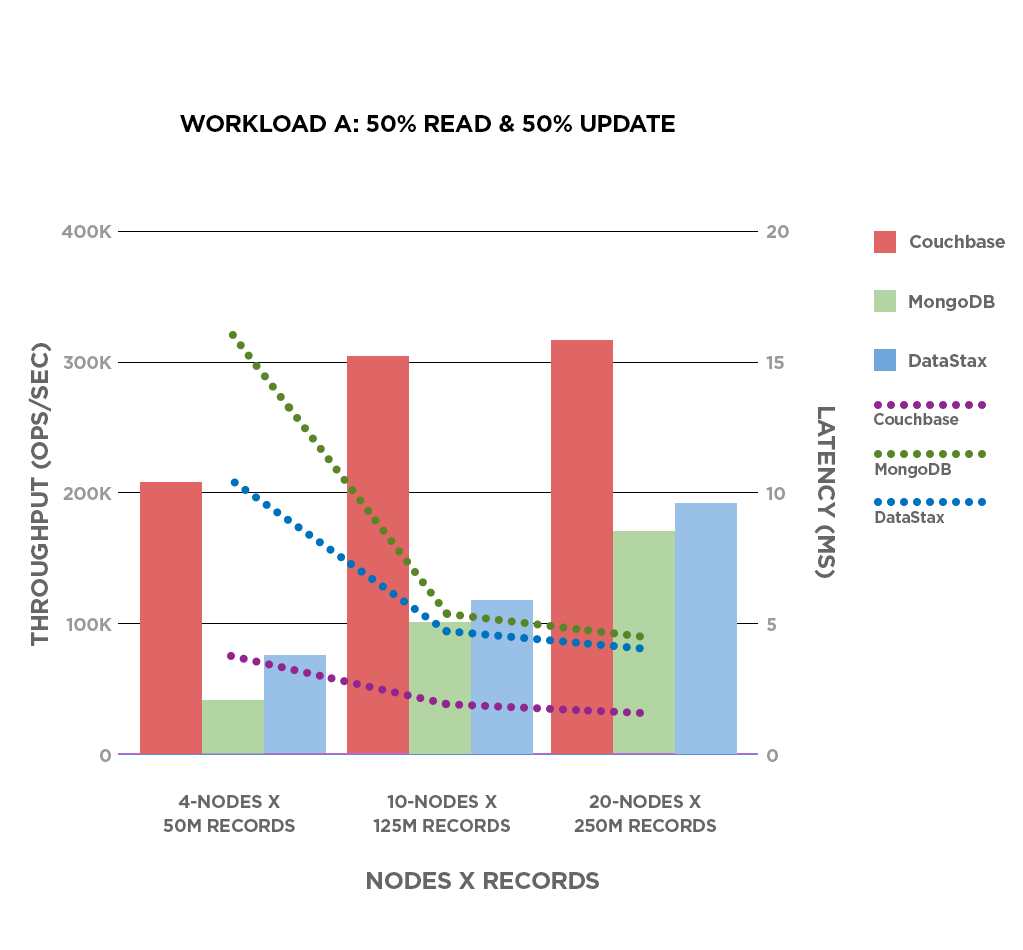 Using the results of these benchmark tests, Couchbase is able to improve the performance, scalability, and resource efficiency with each release of Couchbase Server. To test its latest release, Couchbase compared its performance at various scale with two competitors. This benchmark test used standard YCSB Workload A, which is a 50-50 mix of read and update operations. The results, published by the independent vendor Altoros, show that Couchbase outperformed both competitors, delivering much higher throughput at lower latencies. To run these benchmarks in your own environment, you can download the benchmark scripts from GitHub. Get the NoSQL benchmark report by Altoros