I’m going to be in Chicago for most of next week. If you’re in Chicago and interested in NoSQL and Couchbase, now is a good chance to attend some sessions, visit some great user groups, and ask me questions in-person. 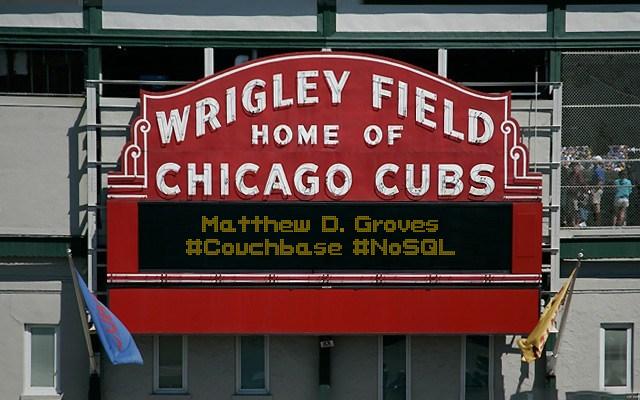 I won’t be at Wrigley Field (the above image was doctored :), but here’s where I will be:

Three different sessions and three great Chicago groups. There will be some surprises in store, and I’m going to bring whatever stickers and swag that I can fit in my luggage with me.

If you’re in Chicago, why not tweet me and say hi!