NextProtect Your Data while Migrating from RDBMS to NoSQL

MongoDB fails to perform, runs out of gas

Is performance still a problem for MongoDB?

Couchbase Server 4.5 added memory-optimized indexes, array indexing, and index joins as well as improvements to storage (circular writes) and consistency (read-your-own-writes). Couchbase Server has a more powerful query engine, but with these improvements, does it have the fastest?

This time, Avalon benchmarked both read/write performance and query performance.

The read/write results should come as no surprise. 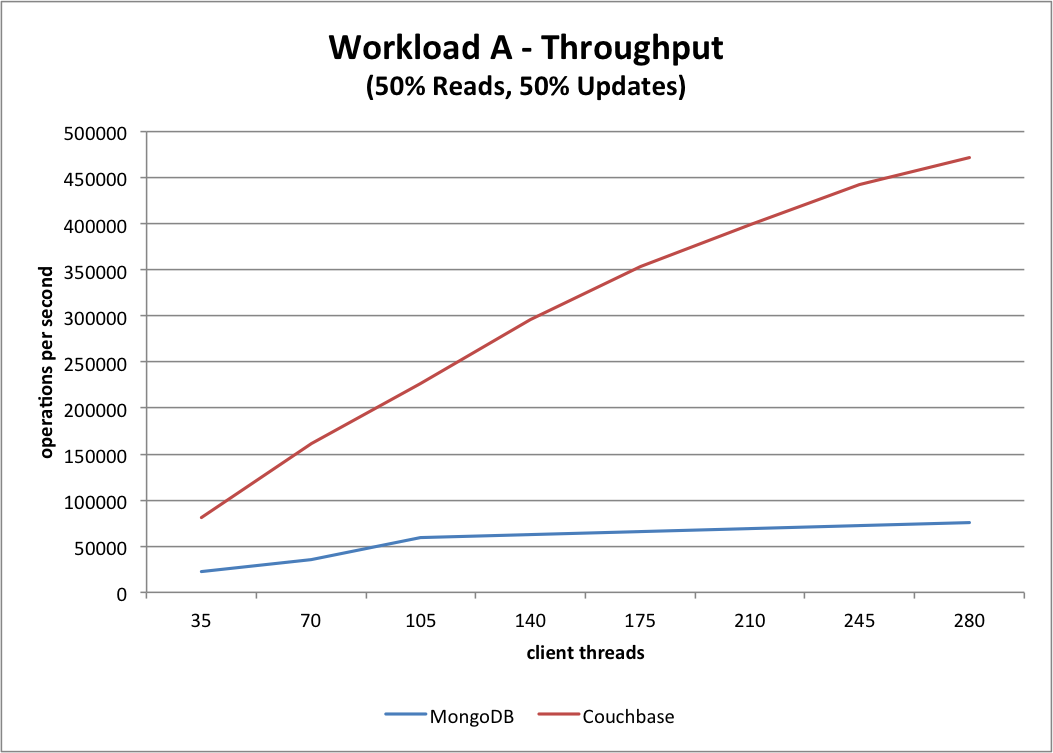 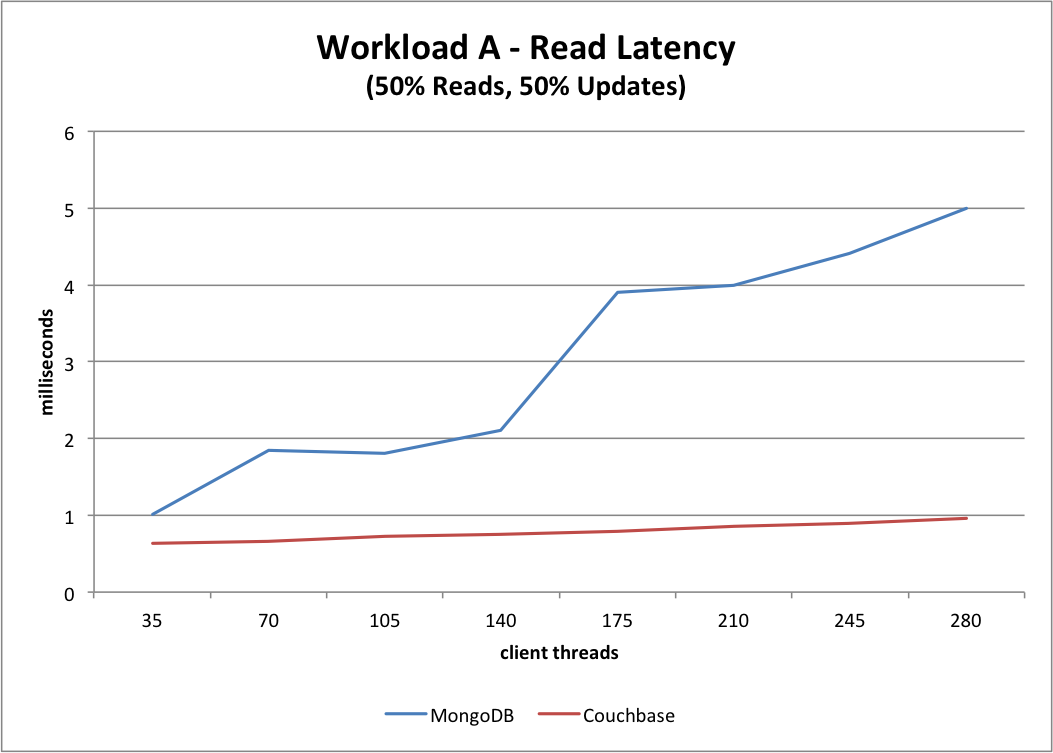 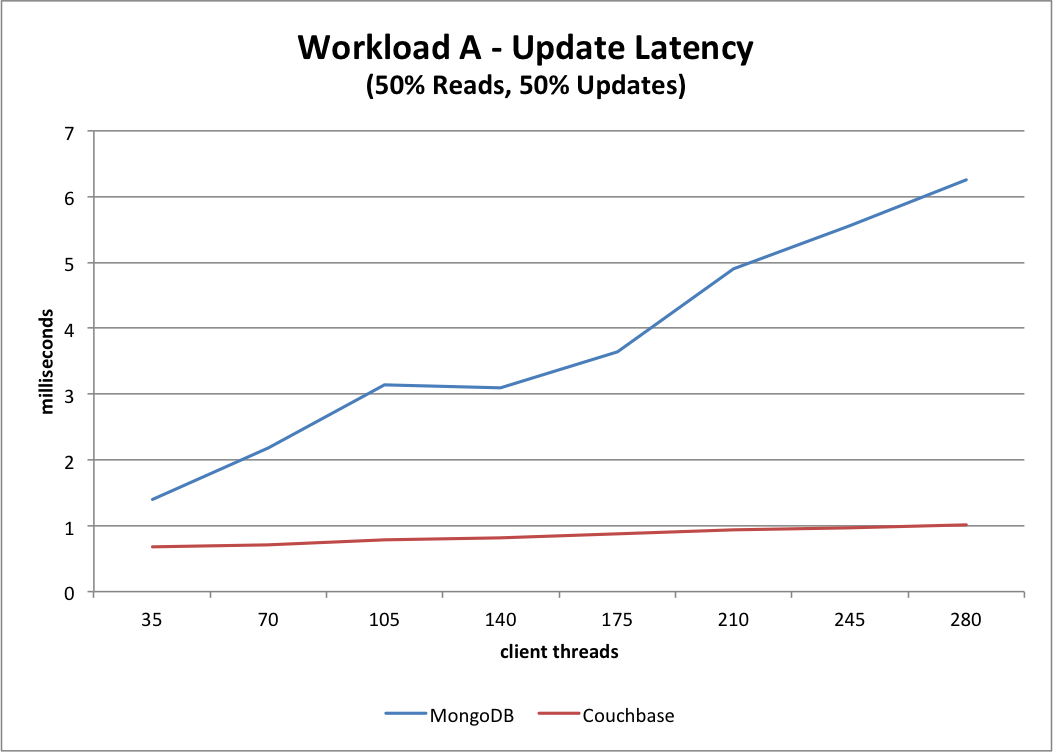 Couchbase Server has 6x higher read/write throughput than MongoDB? How? Why?

It boils down to architecture, resource utilization, and efficiency.

When it comes to write performance, MongoDB suffers from a legacy master/slave architecture. With a primary and a secondary node running on every server, and with writes limited to primary nodes, only half of the server resources can be utilized for writes.

When it comes to read performance, Couchbase Server benefits from a memory-centric architecture. While it writes all data to disk, it maintains as many documents as possible in a managed object cache – far more efficient than caching blocks of file data.

The query results may be surprising. 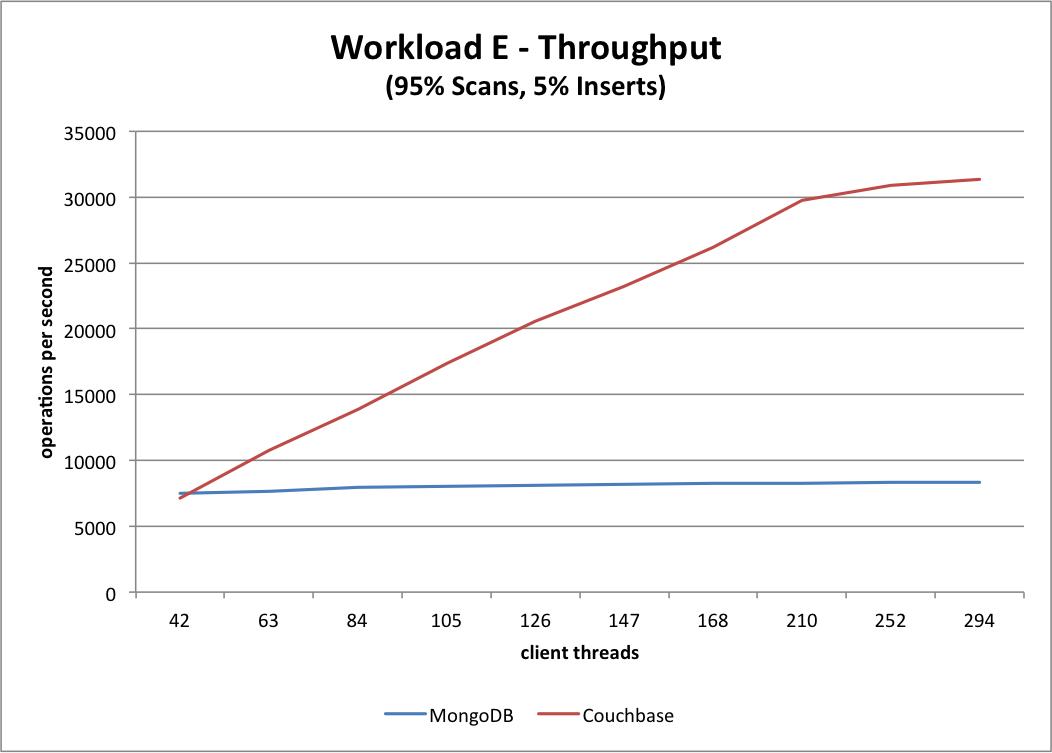 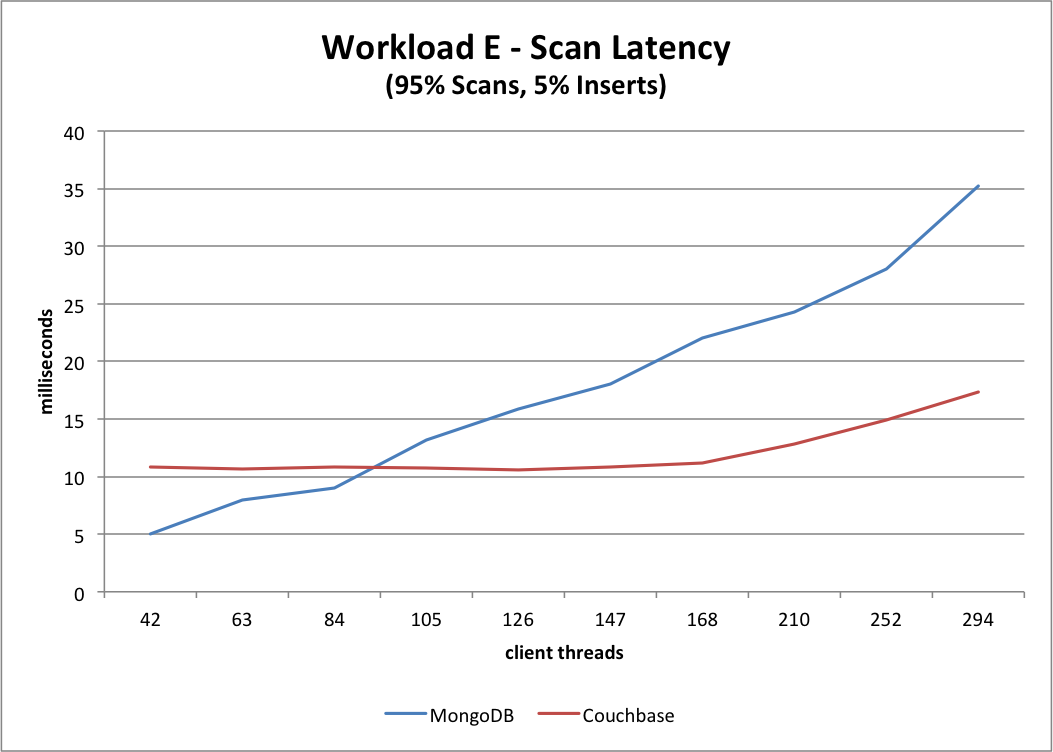 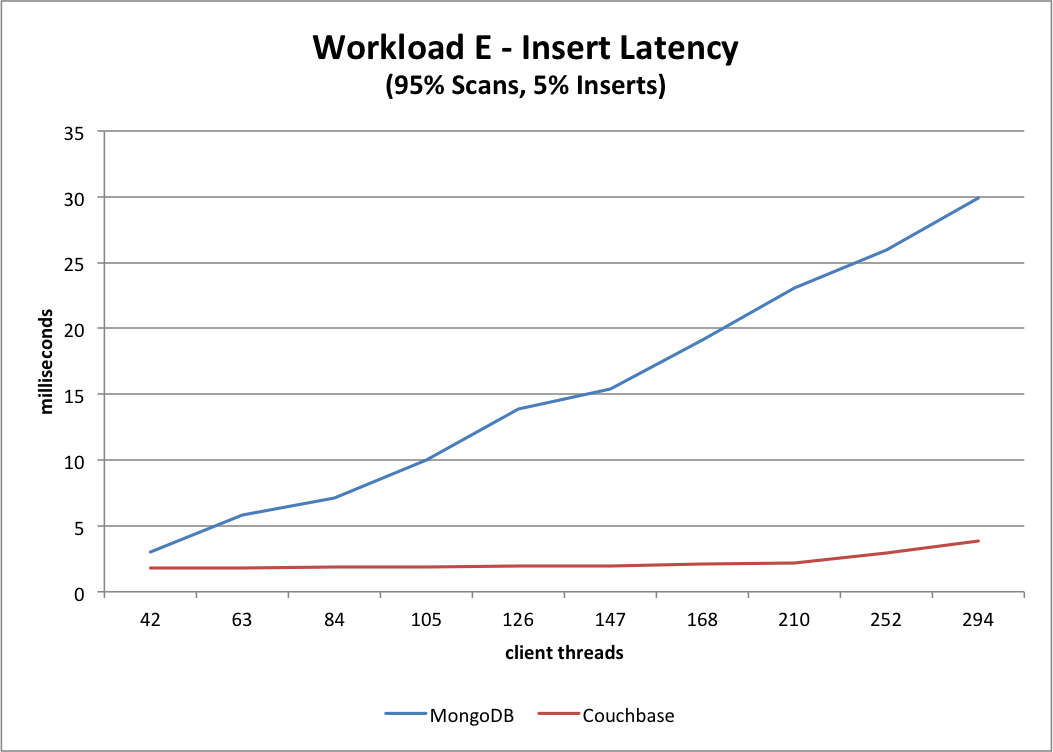 Couchbase Server has 3x higher query throughput than MongoDB? How? Why?

Like I said, it boils down to architecture, resource utilization, and efficiency.

Couchbase Server benefits from global, memory-optimized indexes as well as independent services for reading and writing data, indexing it, and querying it.

When it comes to scan latency, Couchbase Server can leverage Global Secondary Indexes (GSI), where the index service maintains a complete index (not a piece of it). This enables the query service to identify the documents to return with a single index scan, limiting fetch requests to only those nodes that contain one or more of the documents to return. With memory-optimized storage, the whole index is not only stored in memory, it’s stored in a lock-free skip list – far more efficient than a B-tree, a data structure optimized for disk.

You can find all of the details in the complete report.